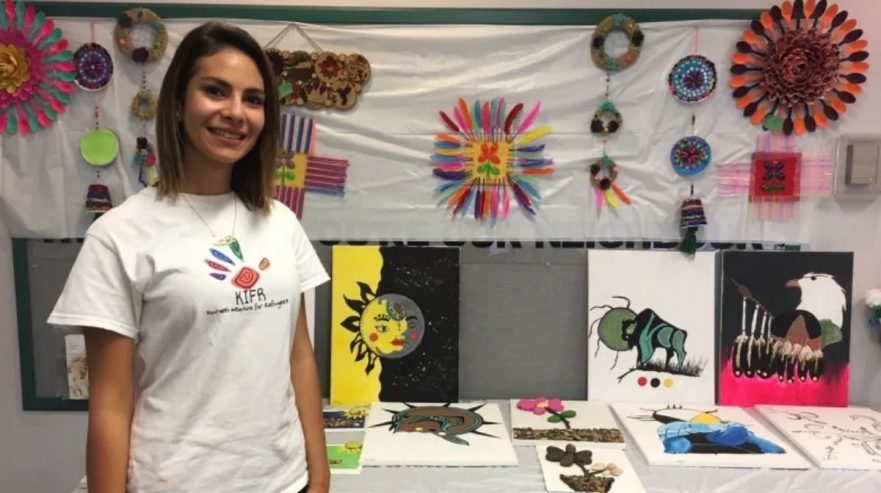 ‘I’m their sister’: Camper finds belonging as she integrates into Canadian life.

A summer camp for refugee children and youth is giving newcomers a place in the community.

The Kurdish Initiative for Refugees is wrapping up its third year running the day camp. It’s grown considerably since it started.

In its first year, 35 children between the ages of five and 24 attended. Now the camp sees over 350 students come through its doors at three locations across the province.

The group celebrated the success of the camp Monday night with a feast and a gathering of campers, volunteers, parents and community members.

The celebration was held at Douglas Mennonite Church in Winnipeg. The Kurdish Initiative has been using the space since they started the camp.

The halls were filled with boisterous children, running to greet their friends and show off some of their crafts and art projects to parents and visitors.